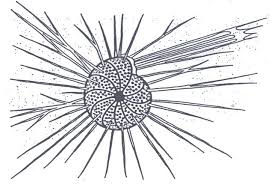 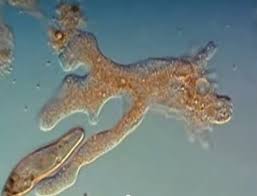 Viruses are notorious, like a number of bacteria, as carriers of infectious diseases. Anyway while bacteria are sensible to antibiotics action, viruses are not.

Are viruses a different kind of microorganisms?

Even today viruses are thought of as being in a gray area between living and nonliving.

I can only give you some information.  They are generally smaller then every cell type ranging their size from 10- to 400 nm
( millionths of a mm) and all are obligate intracellular parasites, Indeed viruses do not posses biochemical and biosynthetic structures for their replication.
All viruses contain nucleic acid, either DNA or RNA (but not both), and a protein coat, which encases the nucleic acid.
Some viruses are also enclosed by an envelope of fat and protein molecules...
The external coat contains special sites on its surface that allow the virus  to attach to a host cell, and provides proteins that enable the virus to penetrate the host cell membrane.
Viral populations to grow use the machinery and metabolism of a host cell to produce multiple copies of themselves, and they assemble in the cell.....
So, when infected, the host cell is forced to rapidly produce thousands of identical copies of the original virus.
Attachment is a specific binding between viral capsid proteins and specific receptors on the host cellular surface. This specificity determines the host range of a virus. ... This mechanism has evolved to favour those viruses that infect only cells in which they are capable of replication.
Unfortunately viruses are sometimes able to mutate and change their target cells.
Really in many cases nature is beyond imagining!!!

Indeed viruses behavior, whether they are living organisms or not, could give inspiration for science-fiction tales.

Imagine, for example,  an alien intelligence  that, entering a body, makes maximum use of it up to its self-destruction.
Or imagine an alternative program entering into the computer of a car factory forces the machinery to produce instead tanks?
Viruses act like this: Indeed we speak also  of computer viruses.

Digressions apart, why viruses are antibiotic-proof? Because antibiotics act deteriorating the bacterial metabolism but are ineffective on viruses because they  do not possess a their own metabolism!!

Only antibodies produced by the infected organism are able to counteract viruses: for this reason it is possible to recover from a viral disease, at present even from covid-19, without specific treatments (that there are not yet).
A vaccine is hoped for the latter new virus that, like all vaccines, could induce specific antibodies production from the target organisms allowing them to stop the virus entrance at the first contact. 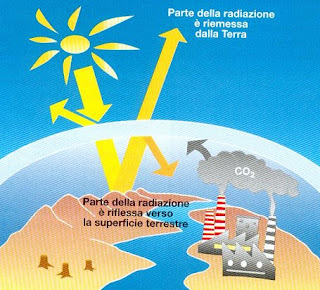 In the previous post “Nature is conservative (besides being a big recycler)” I noticed that the most important life molecules, such as nucleic acids and proteins, are unchanged since the origin of life itself and are the same in all the organisms at present time and in the past.

But in all living beings there are even common structures!!!

It is a very thin layer (5-10 nm thick) delimiting, separating and protecting the interior of the cell from the external environment, like the boundary wall of an ancient town.

The structure and the amazing properties of cell membrane are the same in all the cells of all the organisms.

Plasmamembrane consists a bi-layer of phospholipids with their   hydrophobic regions  toward the internal side and the hydrophilic regions toward the external side of the membrane. This bi-layer, that at the electron microscope appears continuous, prevents the emission of cellular material and the introduction of aqueous material from the exterior. 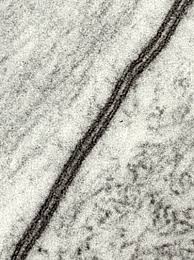 Cell membrane at the electron microscope.

But cells are not water tight compartments!!!!

For their metabolism cells need external material and have to eject their products and waste. Many of this substances are water-soluble and are not able to cross a continuous lipid bi-layer!!!!!
Yet there aren’t gaps in the membrane!!!
There are instead proteic and glycoproteic molecules (besides cholesterol and different glycolipids) crossing the lipidic bi-layer.

These macromolecules act as canals or pumps able to transfer molecules inside or outside the cells. Noteworthy their ability to freely move along the membrane itself ( for this the membrane structure is called fluid mosaic) in such a way that exchanges can be performed in the suitable membrane region.
Many receptors, mainly proteins and glycoproteins are located on the surface of the cell membrane where they pick up and recognize external signals which, transferred trough the canals, bind to internal receptors. In this way specific cell responses are put into operation.

Therefore cell membrane is a sort of fence-filter able to regulate what enters and exits the cell,  at any moment.

But there is more:
By means of a rupture and fusion mechanism cell membrane can transport in or out the cell even large molecules or particles without any interruption of the membrane itself. There is esocytosis when internal material, enclosed in membrane-bound vesicles (all the internal membranes of the cell have he same structure of cell membrane). There is endocytosis when the material moves into the cell.  Finally during phagocytosis, cells engulf large particles such as bacteria, cell debris, or even intact cells
By means of this same mechanisms cell membrane is also able to increase its length to follow the increasing of cell size or its division. 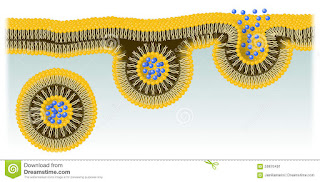 Cell membrane, in conclusion, is a real masterpiece of nature!!
Probably for this is exploited unmodified since the origin of the cell.
Pubblicato da rosati giovanna a 18:36 3 commenti: