Why insects are so successful on the earth

Why insectes are so successfull in the earth 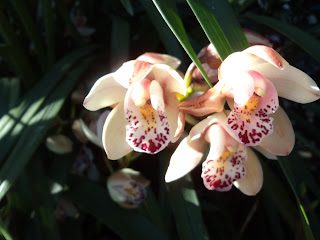 In springtime Nature wakes up!!! We like to look at the new tender leaves on the trees, at the flowers with their different shapes and colours and at butterflies flitting among the flowers but………all other insects wake up too!!
So we can find plants in our balcony or in our greenhouses, those plants we water and cultivate with great care, infested with aphids; when we go out in gardens we have to protect us from mosquitos and, even in our houses we are not safe: we can have visitors like ants or other insects. Even butterflies that we like to observe, often damage our fruit trees. Indeed the “worms” we many times found in fruits really are larvae born from butterfly eggs put down on the flowers. 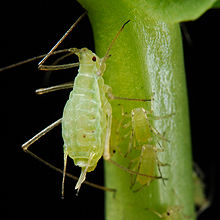 So a question arises: why do insects exist?
I could draw up a list of the different roles, in some way useful for the environment, played by the insects like, for example, pollination. Nevertheless I prefer to stress on that the ideai s definitely wrong  according to which everything in the earth - animals, plants, ground- is first of all (if not completely) at the human beings disposal and exist only for their advantage.

Nature proceeds independently from human beings and all the organisms at present existing originated through a very long evolution. Evolution is not a consistent process, on the contrary it goes on following distinct branches. So if mammals, including human beings, represent the top of the vertebrate evolutionary branch, insects must be
considered at the top of  the invertebrate  branch.
Insects were the first animals able to  settle terrestrial environments and during their evolution ( started more than 300 million years ago) they learned to exploit every ecological niche in different habitats: they are found everywhere even in extreme habitats like deserts and glacial regions.
Did you know that more than 70% of animal species at present existing are insects?
Why are they so successful?
Thank to the combination of the following efficient
characters:
1.     Being small they are suitable for mini-habitats inaccessible for bigger animals.
2.     A lot of them are able to fly. Flight makes easy to reach the food or the partners and is useful in avoiding predators or competitors. Many insects have compound eyes through which they have a concurrent vision in every direction and detect separately hundreds of different light impulses. In this way they can easily survey during the flight the fast  environmental variations.
3.     Insects have segmented bodies supported by exoscheletons, an hard but light outer covering made mostly of  chitin that allow limb articulation and form different buccal apparatuses through which they are able to perforate, cut or to crush even very hard materials lake wood. In this way they utilize different food resources not accessible for other animals.
4.     Exoscheleton is often covered by a thick layer of a waxy material to avoid dehydration: without this layer a grasshopper in a field of wheat under summer sun would certainly die! 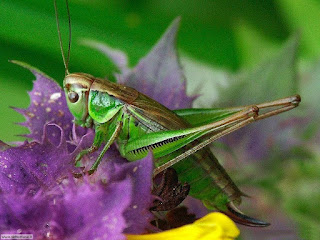 5.     Insects evolved a well working respiratory system consisting of internal tubes and sacs through which gases either diffuse or are actively pumped, delivering oxygen directly to tissues that need it via their trachea. Since oxygen is delivered directly, the circulatory system is not used to carry oxygen, and is therefore greatly reduced. Air is taken in through openings on the sides of the abdomen called spiracles. 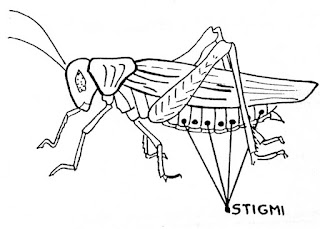 6.     The majority of insects  undertake Metamorphosis  to pass from one stage, usually a larva or nymph stage, to an adult stage. In many cases they can in this way they exploit resources in different habitats. Mosquitos, for example, uses aquatic resources as larvae and terrestrial in the adult stage.

7.     A further successful device is the rapid multiplication they perform thank to a short biological cycle (they are small!!!) and a large reproductive potential. To have an idea Drosophila, thefruit fly used for genetic studies, in optimal condition (i.e. in the laboratory is able to develope 25 generations per year. Considering that each female produces up to 100 eggs the number of flies at the end of the 25th generation would be exorbitant!!!!
Luckily optimal conditions are rare in nature. Anyway the consequence of this rapid reproduction is a rapid evolution; thus the insect generations derived from those more resistant to adverse environmental conditions and to our insecticides, are every year more fortified.